After working hours, and providing that there were westerly winds, we've been heading up to the Lighthouse at Europa Point to try to catch a glimpse of some Audouin Gulls, and we were fortunate enough to spot some that were passing through the Straits.
Here are some photos we took: 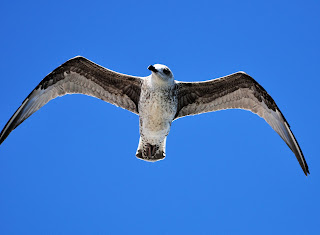 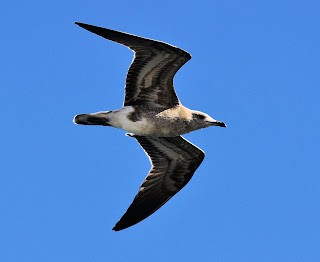 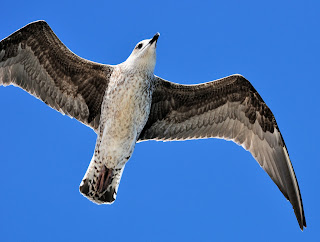 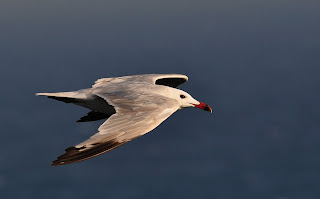 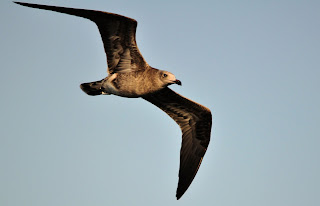 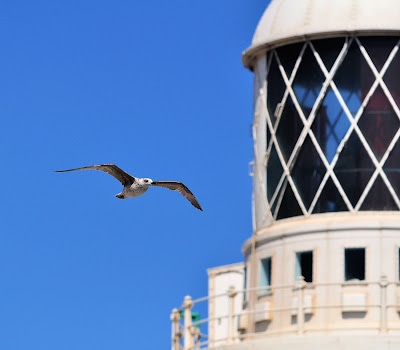 Just read this in today's edition of the Gibraltar Chronicle newspaper (online version) and we thought we'd copy & paste the article here for all of you to read:

Five cuckoos being tracked by satellite after they migrated from East Anglia have all reached Africa, the British Trust for Ornithology (BTO) said. They flew past the Strait of Gibraltar.The BTO has tagged the cuckoos with tiny 5g tags and is following their progress as they head south to over-wintering areas in Africa. The red-listed species has seen numbers halve in recent years, but experts have very little information on what happens to them once they leave the UK, with even their basic migration routes something of a mystery. So the satellite tags are providing important information on their whereabouts and behaviour once they leave Europe, which will help conservation work to improve their fortunes. According to the latest data from the tags, four birds - Clement, Kasper, Martin and Chris - have successfully crossed the Sahara, which is a major source of mortality for migrating birds, and are now in Burkina Faso, Nigeria and Chad. The birds will be able to take advantage of the start of the rainy season in the region and the increase in insect food it will provide. The four birds were all caught for tagging within 40 miles of each other in East Anglia but are now spread some 2,200 miles across sub-Saharan Africa. The final bird, Lyster, left the UK in late July and is now in Morocco, around 12 miles from Casablanca, where he has been for several days. He is the first of the birds to make a stop-over in North Africa before crossing the desert. The birds’ progress can be followed on their blogs at the BTO website www.bto.org
If you wish to view the full Gibraltar Chronicle online, you can do so by accessing their website www.chronicle.gi
Posted by Dutch at 17:20 No comments: