We arrived at the salt pans in Bonanza at around 10:00hrs but the morning mist was sitting low over the whole area so there wasn't much to see at the time.

We headed back into the town and breakfast whilst we waitws for the sun to break through. At about midday it had finally blown off so we headed back to the salt pans.

Once there we parked and set up the scope to scan the area and start identifing the birds. There were: Black-winged Stilts, Turnstones, Avocets, Whimbrel, Curlew, Redshank, Greenshank, Sanderlings, Snipe, Dunlin, Kentish Plover

Most of the birds were too far away for any photos, except for the ones below.

We would like to wish all our followers, family and friends a MERRY CHRISTMAS AND A HAPPY NEW YEAR!

We spent a few hours bird watching and took a few photos of Gannets at Europa Point.

They are amazing to watch whilst they are feeding so the time just flew by as we observed them. Here are a few of the photos that we took on the day. 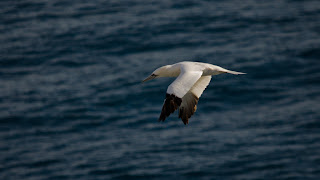 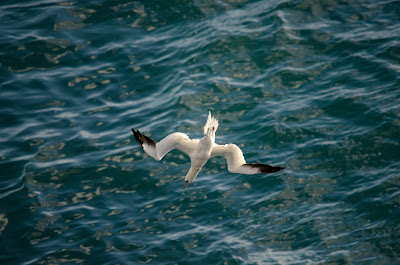 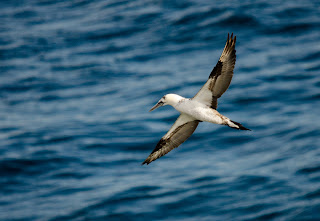 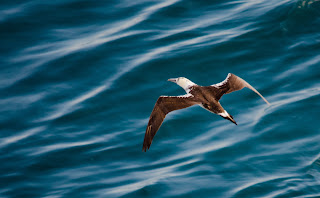 The first two photos are adult Gannets, whilst the other three are immature birds.
Posted by Dutch at 12:08 No comments:

On this outing we drove up to El Rocio in Huelva. On arrival we could see there was plenty of activity on the water and the mud flats to our right.

With the scope set up we started to scan and soon came across good numbers of waders and ducks.


We also spotted a good number of ducks; plenty of  Mallards, over 150 Shovelers, close to 200 Teals, Pochards and Marble Teal.

A couple of Great Crested Grebe and Little Grebe were spotted.


We have included photos of some other general birds seen on the day such as, Stonechats, Chiffchaffs, Fantailed Warbler, Water Pipit, Meadow Pipit, Southern Grey Shrike, Cettis Warbler, White Wagtail, Hoopoe and Kingfisher,

It was a brilliant outing! Until our next trip, hope you enjoy these photos!
Posted by Dutch at 09:50 No comments:

Just a few photographs of some Spanish sparrows and a Black -winged Kite
from our last vist to La Janda.

Trip to the UK

Whilst on holiday in England, I took the opportunity to photograph some of the birds that would come to the feeders that my father had set up in his back garden.

The first in were Magpies, Jackdaws and Woodpigeons.

Then the Great Tits and Nuthatch came in to feed.

One morning, there were also a few Goldfinch's and a Dunnock.

As the morning wore on, a few more birds come to the feeders; Coal Tits, Long-Tailed Tits, Robins, and there was a Grey Squirrel that would come in and scare all the birds away.

Once he had his fill and left, the birds returned.

We noticed that the birds would not frequent the feeders so often if it was after 10:30am so I made sure I was up nice and early to get the shots I wanted.

Also seen where a two Lesser spotted Woodpeckers and a Green Woodpecker nearby in the trees.

During a leisurely walk down the lake we saw Great Crested Grebe with their young, Mute Swans, and flying over head, a Common Buzzard and Red Kite.

Hope you all enjoy this post, as I had a wonderful time observing these birds!
Posted by Dutch at 21:30 No comments: