Before heading over to La Janda we decided to turn off at Los Lances to see if we'd be lucky enough to spot some Oyster Catchers.
Unfortunately, we weren't able to see any on this occasion, but we did manage to see the following birds there:
We then drove directly to La Janda, and despite having the car motor running we could still hear some cranes nearby. All of a sudden, there were about twenty to thirty Cranes flying over the car! We assumned that the sudden drop in temperature and the recent heavy rain had brought them over a lot earlier than previous years. 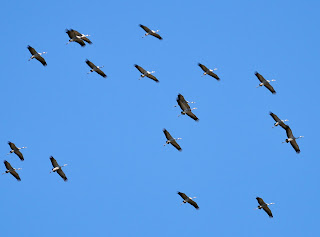 Following that sighting, we scanned the fields but we weren't able to spot anything of genuine interest. We met up with a really nice German couple who were also birdwatching in the area and we stopped off to chat to them for a while. They told us that they had seen a Crake and some Black Storks by the canal. We had already visited that area but we hadn't managed to spot either bird, although we did see a Black Stork later on in the day. 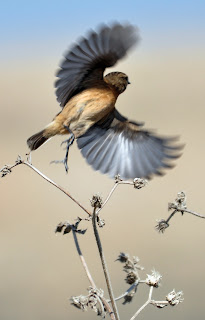 We did catch a sight of a Purple Heron that was feeding on fish and fortunately, we captured some nice photos. 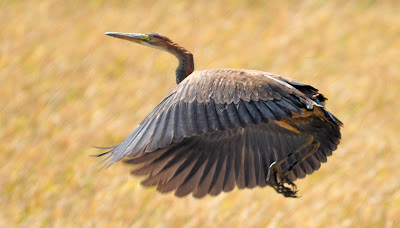 Later on in the day we bumped into Stephen Daly (of Andalucian Guides) and together, we spotted a Montagu's Harrier. There was another Harrier alongside and Stephen explained to us that this was a Pallid Harrier, going on to explain the different wing shapes, and why this particular bird was attracted to this kind of habitat. 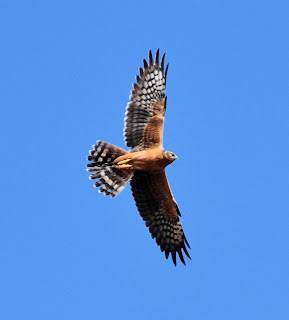 Overall, it was a good day out and here's a complete list of what we spotted at La Janda:

Thanks for checking out our blog!
We hope to head out on another birding trip soon enough so we'll keep you posted via Twitter and Facebook
Posted by Dutch at 11:35 No comments:

First off we'd like to apologise to everyone for the delay, as we're well aware that the photographs were up in the Picasa gallery quite some time ago but we had failed to write up a post to go with it.
Nevertheless, here it is now! :)
We had planned an early October trip to the Salt Pans in Bonanza, Spain and luckily we picked a scorcher of a day. Despite it being October, the sun was shining and it was very warm there.
After approximately a one and a half hour drive, we finally reached our destination.
We decided to take things nice and easy so we slowly drove around, stopping off at each square (Salt Pan), where we would scan the area for any interesting bird species.
Using this particular method, we managed to spot a Caspian Tern and a Ruff!
We continued our journey, up until the end of the Salt Pans, where we suddenly approached Waders in a river that had dried up due to a very low tide.
We spent most of the day driving up and down the Salt Pans, scanning the areas, until it was time to drive back home to Gibraltar.
During the course of the day, we spotted the following birds:
Posted by Dutch at 10:27 No comments:

We have recently had two weeks of strong Easterly winds (more commonly known locally as the levant winds) on the Rock of Gibraltar, and this brought in hundreds of Booted Eagles on migration.
We've been updating our followers on Twitter however, we hadn't managed to get any decent photographs of the birds, until now that is!
Luckily, we were able to capture these three images during one afternoon spent up the Rock so we hope you like them: 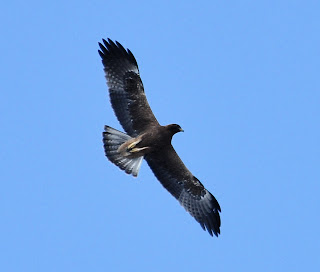 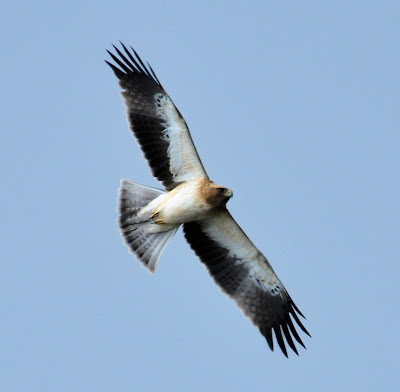 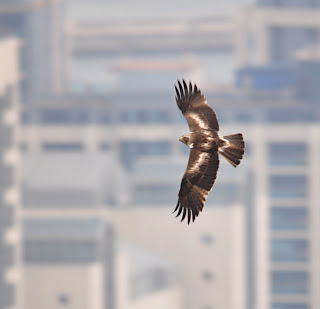 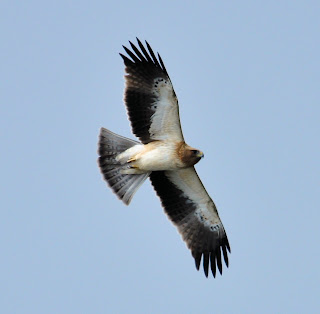