Down by the foreshore at Europa point you can still find this medium-sized shore bird - the Turnstone.


In flight it displays a unique pattern of white markings, and it has a short, conical bill which it uses to turn up  stones and shells in its search for food. 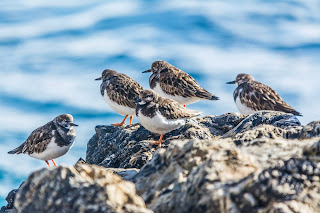 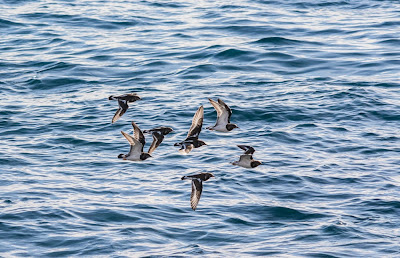 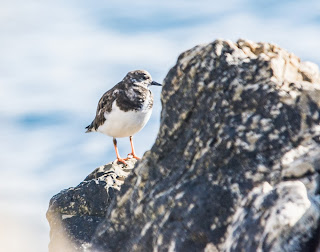 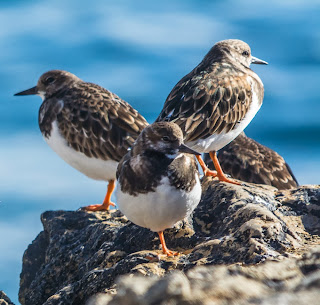 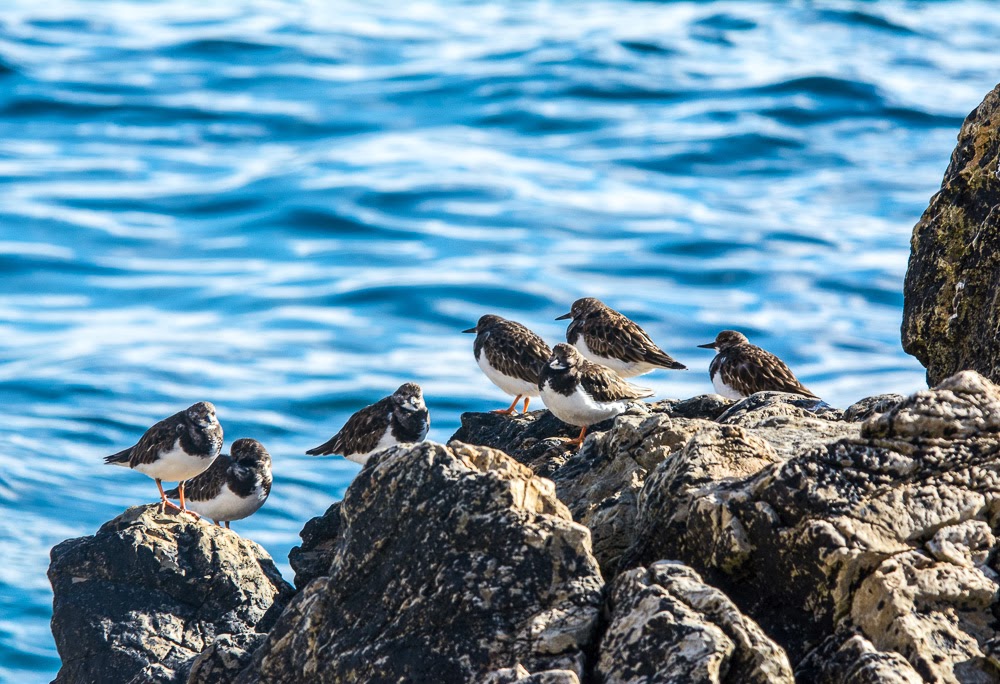 You can also see the black headed gull, a medium-sized gull with red bill and legs.
In flight you can see dark grey under wing primaries with black tips on both sides, and white leading edge to wing. Winter plumage includes black tip on bill, white head with bold dark ear and eye spots (black head in summer plumage).

These birds can be seen flying around the area in search for food. At times they seem to be walking on the water, as with slight wing beats they pick up food off the surface without actually landing, as you can see in some of the photos that we've taken.
They do however sit on the water to rest at times, and we have also seen about twenty of them resting on nearby rocks.To be honest, they are great fun to watch! 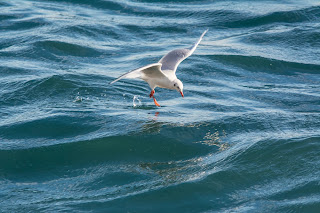 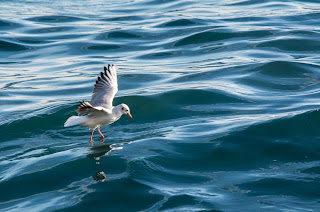 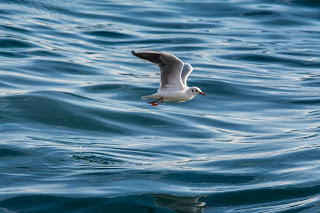 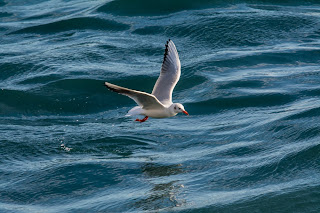 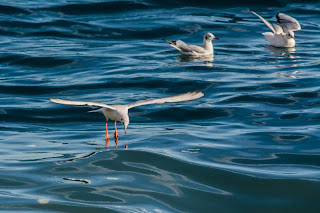 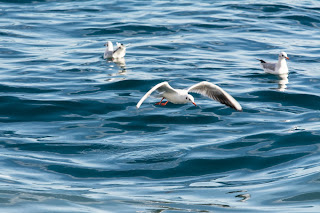