This species has a very different appearance to the other tits, and can easily be separated from them by its long, narrow tail, small size and colouration. The general appearance is one of a black and white bird with pink and dusky tones, incredibly acrobatic in nature and with a distinctive shape in flight of a small pale ball followed by a long tail.
In adults, the head is white, with a broad black eye-stripe that extends back down the neck; the upperparts, wings and tail are dark with areas of pink, while the underparts are a dirty white, tinged with pink. Young birds are duller in colouration than adults, the black being replaced by a dark brown and the pink replaced by white. These young birds undergo a complete moult just a few weeks after leaving the nest and so it is impossible to separate them from adults after they have undergone this moult.
Long-tailed Tits are usually seen in extended family parties of 8-20 individuals, and these mobile groups typically give themselves away through their characteristic contact calls. This call is a sharp ‘tsurp’, repeated several times. Once heard, it is easily remembered and often the first indication that a small group of Long-tailed Tits is in the area.
The Long-tailed Tit is found within deciduous woodland, in hedgerows and gardens. 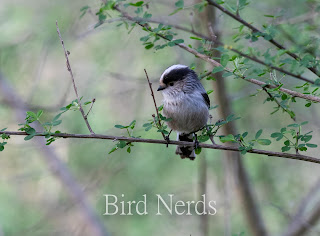 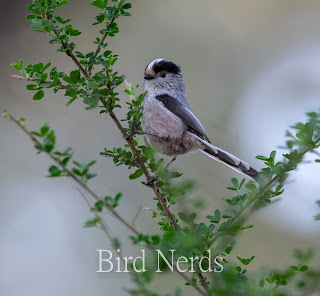 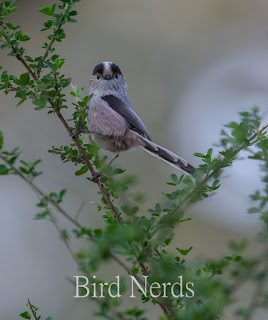 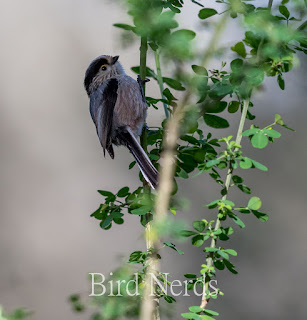 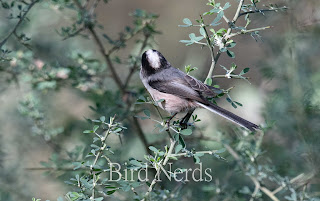 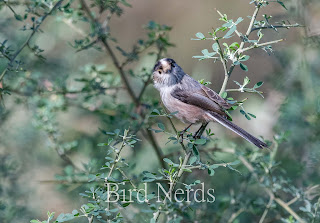 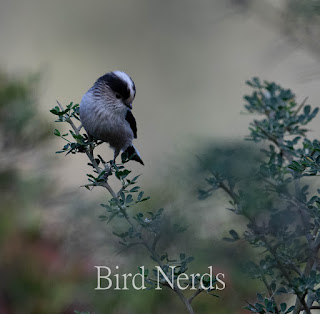 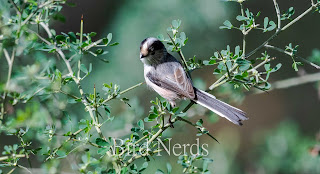 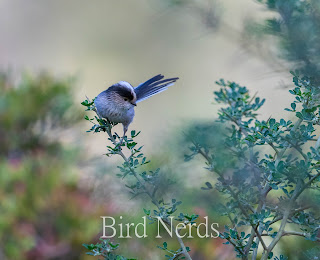 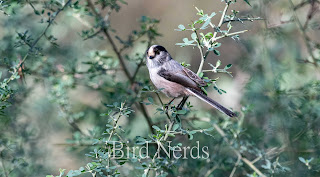 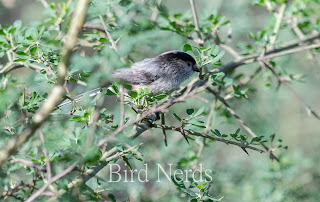 Thanks for your visit bye for now.
Posted by Dutch at 12:57