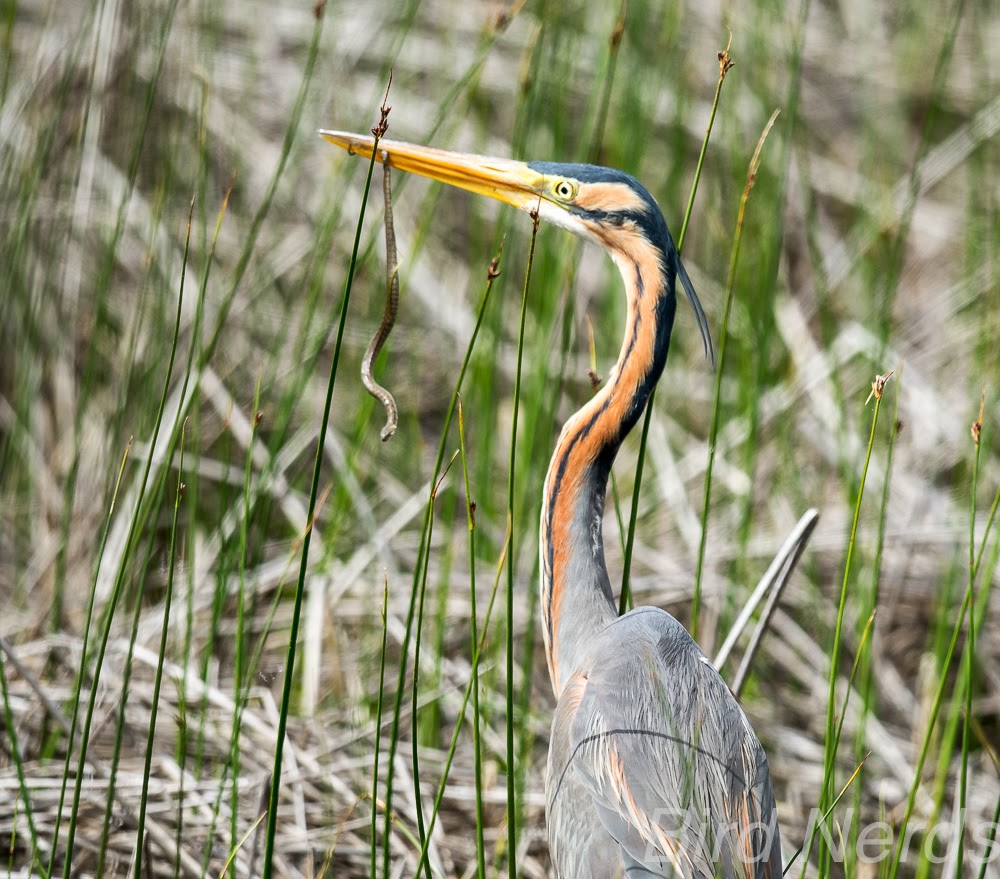 The Purple heron is a scarce summer visitor found in marshy areas. In the past it was an abundant breeding species especially in La Janda, but over recent years we have seen them mostly breeding in Central Valverde, which is in the Doñana National Park. 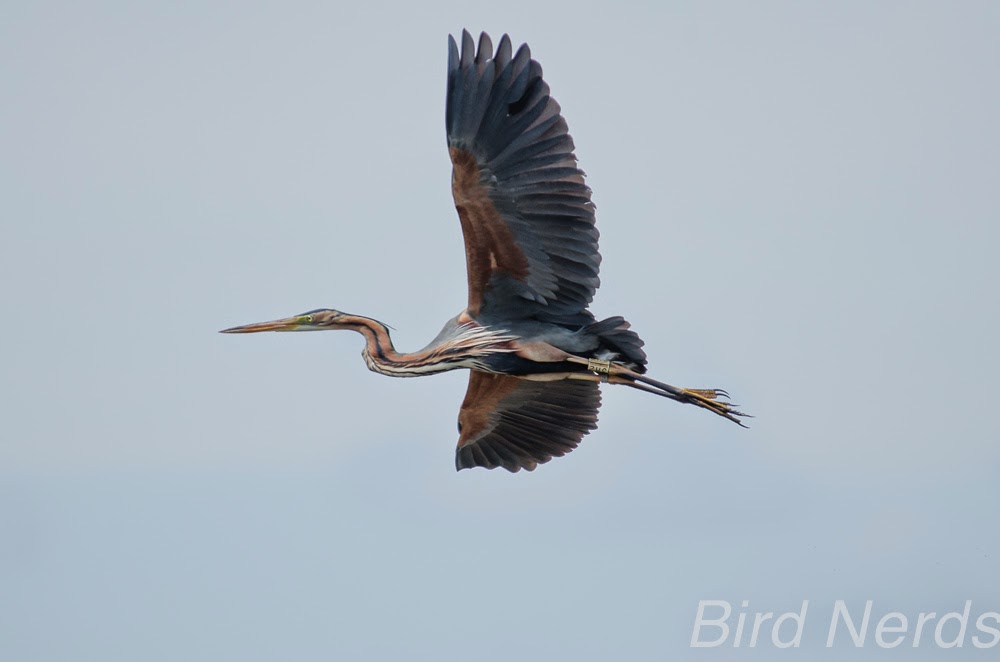 They nest in colonies, usually in reed beds as they prefer denser vegetation than the Grey heron. 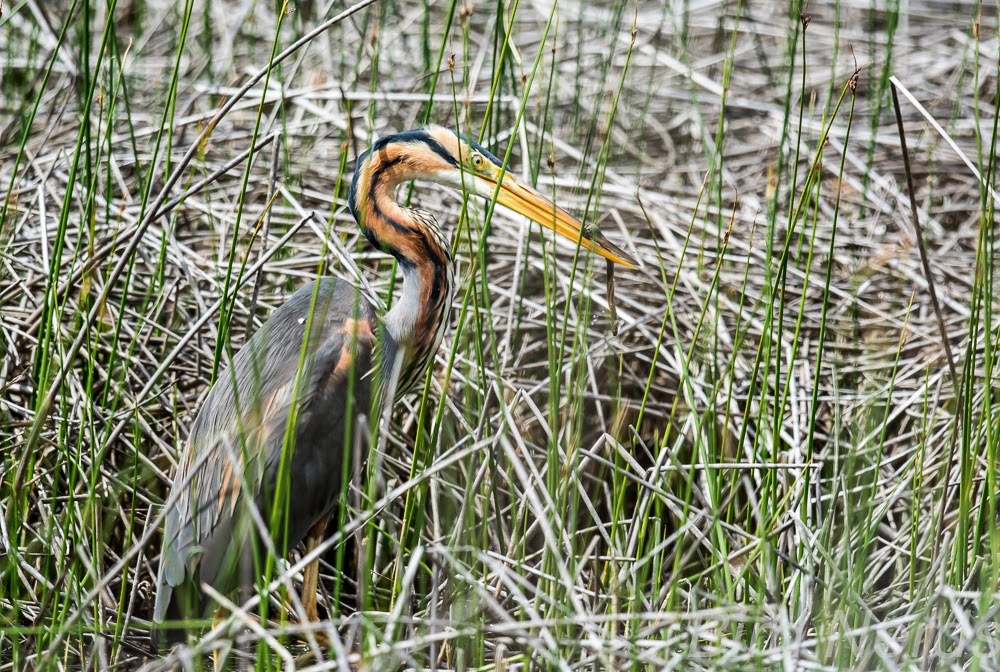 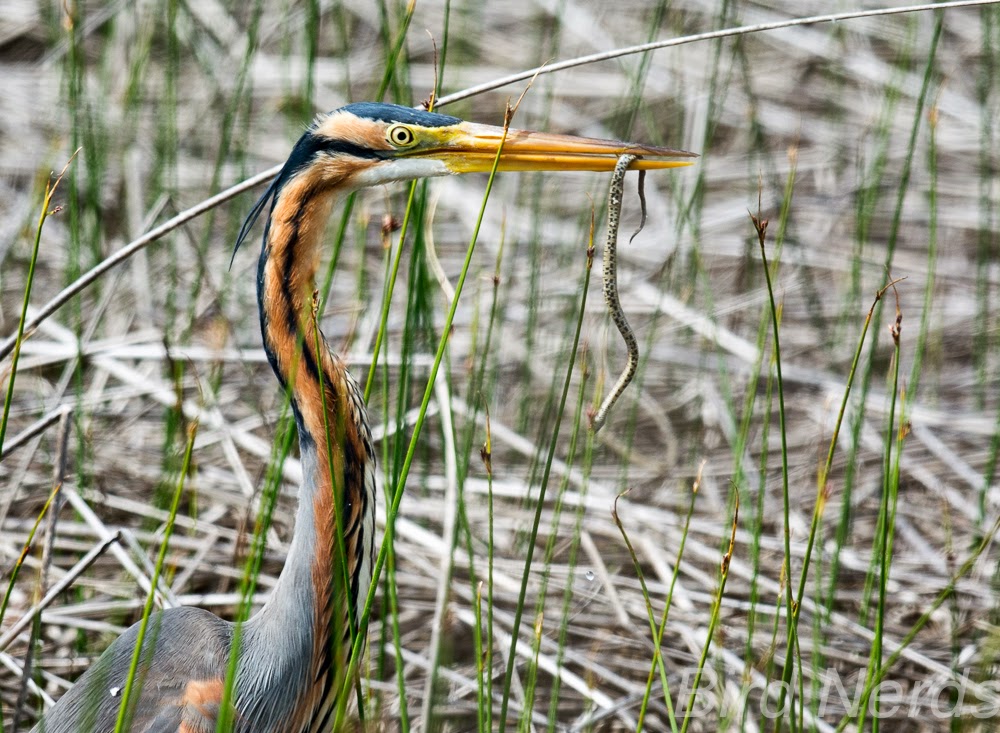 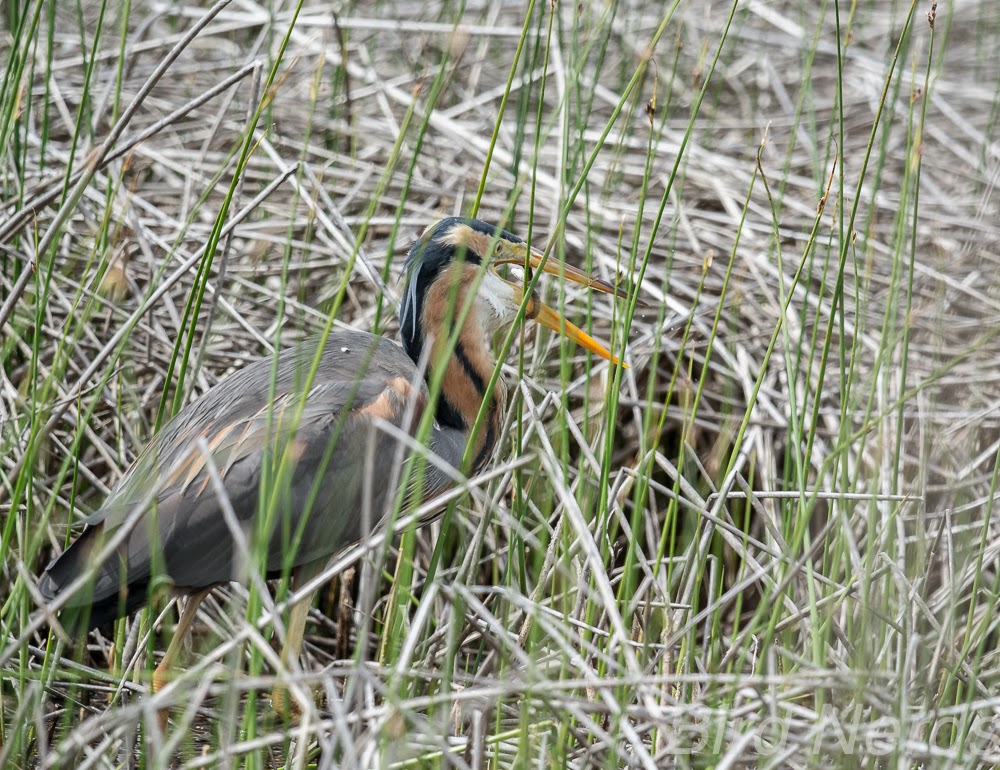 The purplish-red elements in the plumage are difficult to see at a distance, when it looks generally a little darker than the Grey heron. 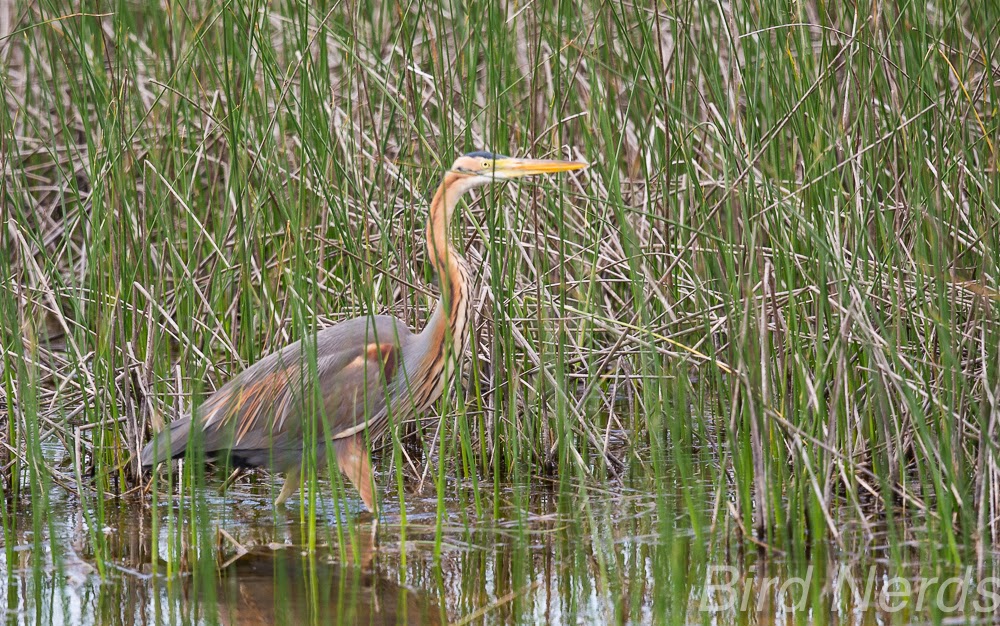 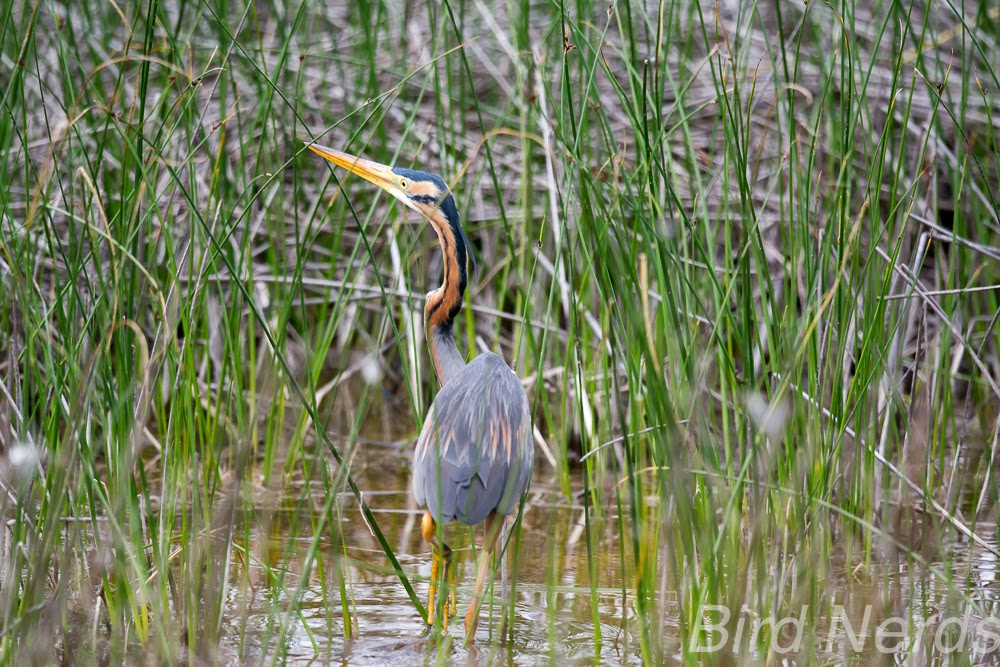 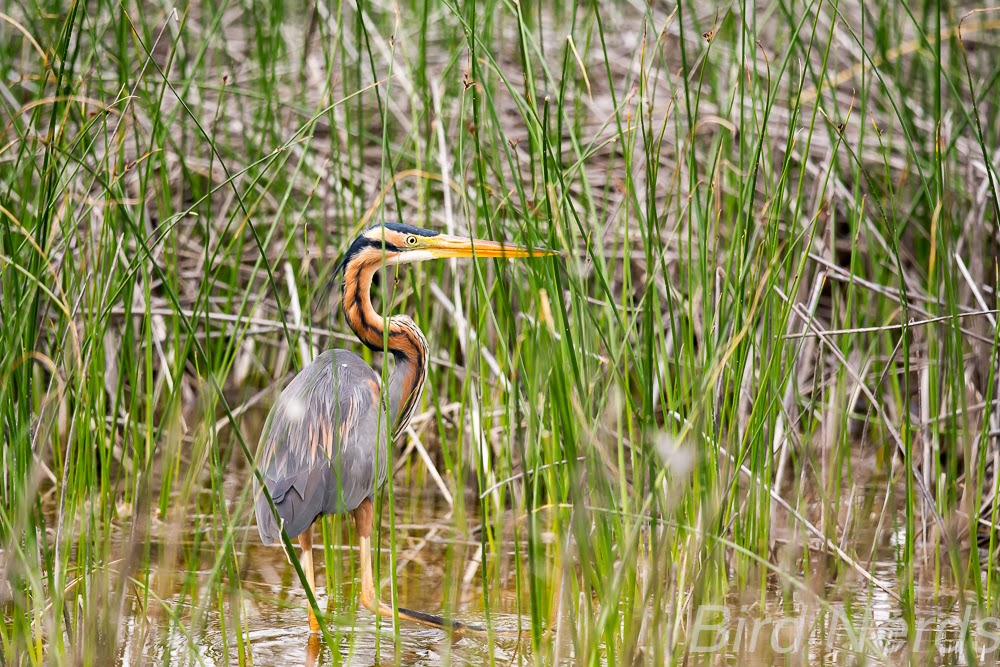 The Purple heron feeds in shallow water, waiting  motionless for prey, and spearing fish, frogs, insects and small mammals.
Note: All of these photos were all captured on one particular outing so we hope you enjoy them.
Another post coming up next weekend hopefully...!
Posted by Dutch at 20:57