We had a day of strong Easterly winds with the levanter cloud surrounding the Rock of Gibraltar during mid September. This meant that small migrating birds were unable to fly against the force of the winds and they were forced to land/rest in the meantime, until the winds died down. 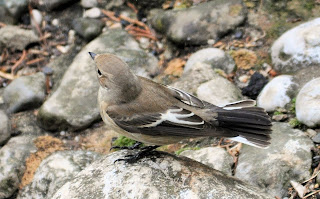 We read a GOHNS report online with regards to some Pied and Spotted Flycatchers that were in the Alameda Gardens so we decided to pop down there to see if we could catch a glimpse of them. 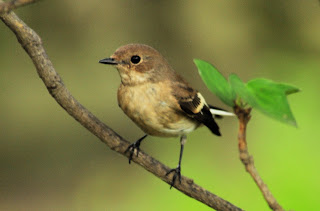 Fortunately we were lucky enough to spot both bird species however, we only have photographs of the Pied Flycatcher to share with you today. 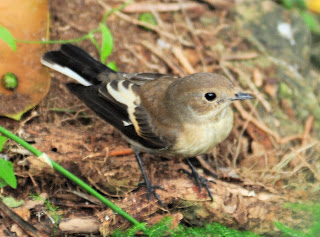 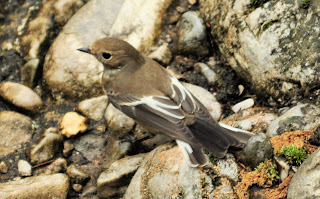